I ate a banana the other day without needing to correct for it. My blood sugar prior to eating it was 96 mg/dL. I sensed and oncoming low, and trusting this instinct, I decided to skip bolusing (taking insulin) for it. Two hours later, I was 108 mg/dL.

Was it a low-carb banana?

I’ll explain how it happened; no, my pancreas didn’t suddenly decide to start secreting insulin; no, because low-carb bananas aren’t even a thing; and sadly, no, though I do wish I was well-versed in real-life wizardry and/or witchcraft. 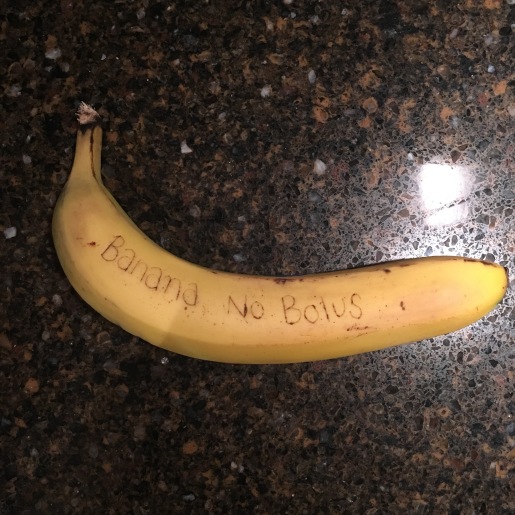 It happened because I was running around like a maniac that entire morning. High activity levels can do a number – that is, lower the numbers – on a diabetic’s blood sugar. Between walking my dog, playing with him some more outside, and running errands, I scarcely had a chance to catch my breath from the time I woke up until noon. It was still mildly surprising, though, since bananas are a notoriously high-carb and fast-acting food. I’d expected to be at least 50 points higher from the initial blood sugar.

I was pleased with this outcome, but I still think that the voodoo magic – ahem, science – behind diabetes is just plain weird sometimes.

One thought on “Banana, No Bolus”